Conserving the amazing landscapes and plant life of the Bokkeveld Plateau in South Africa: Stewardship in action! 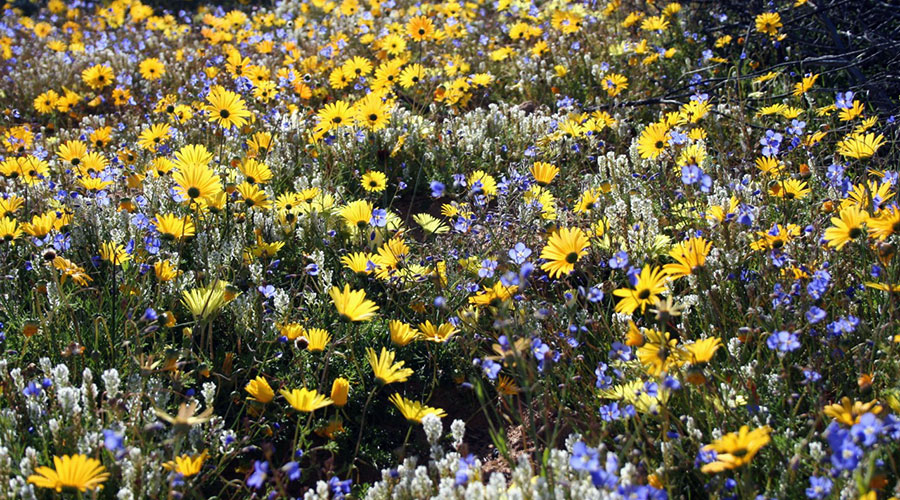 Blomfontein farm is the first private property in the Northern Cape to be declared a private nature reserve. In terms of the declaration, the property may be used for the production of cultivated and wild harvested rooibos tea, but will not be grazed by livestock or used for other agricultural crops.

The property lies within the Greater Cederberg Biodiversity Corridor, and its declaration as a nature reserve was an important step in demonstrating how private land can be conserved and contribute to achieving the conservation of important biomes which lie mostly on private land. The farm is a refuge of a large number of species and forms part of a vital corridor for the migration of Cape Mountain leopard.

On Monday the 15th February at 19:00 René Marinus and Pieter Koopman will present a talk in Berlin at the taz café, Rudi-Dutschke-Str. 23, 10969 Berlin

On Tuesday the 16th February at 19:30 René Marinus and Pieter Koopman will present the talk at the Weltladen Ottensen, Bahrenfelder Straße 176, 22765 Hamburg

On Wednesday the 17th February at 19:30 the next talk in the series will be presented at the Weltladen Bornheim, Berger Straße 133, 60385 Frankfurt

On Thursday 18th February at 19:30 the final talk in the series will presented in Stuttgart at the Globales Klassenzimmer im Welthaus, Charlottenplatz 17, 70173 Stuttgart

Want to know more? Email us